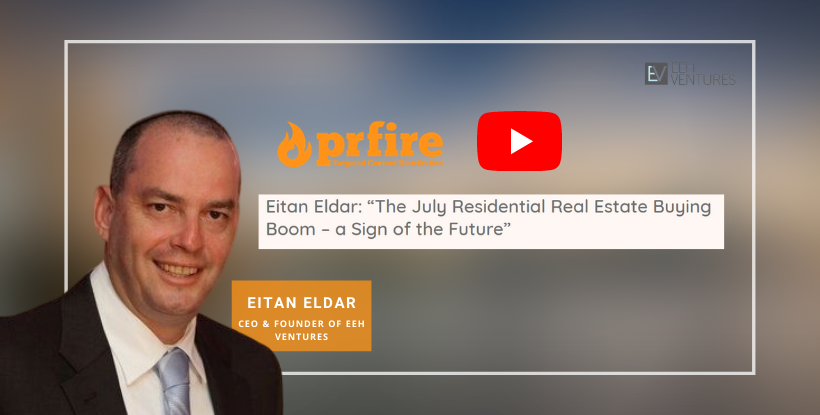 The CEO & founder of EEH Ventures, Eitan Eldar, was recently interviewd on Prfire, about the amazing sales boom in real estate sales – that occurred during july in the UK. Over £37bn worth of property sales were recorded during the boom, and it served as the busiest home-buying month in the last ten years.

During the interview Eldar said: “We at EEH Ventures recognized a rise in sales of smaller apartments during the real estate buying boom, approximately in the £400,000 range. This is most likely due to the exemption of tax on apartments up to £500, 000”